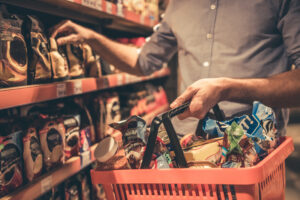 The boss of one of the world’s largest consumer goods companies has warned shoppers that they are facing a “once-in-two-decade” environment of rising prices across almost every household product category.

Unilever, the FTSE 100 maker of Dove soap, Magnum ice creams and Lynx deodorant, said it had been offsetting huge inflationary pressures by pushing up prices by 4.1 per cent in the past three months. The price increases are the biggest it has made in a decade and Unilever said they would continue.

Alan Jope, 58, chief executive, said that the business was facing a “once-in-a-two-decade inflationary scenario, so we have stepped up pricing”. The company was facing cost pressures in every area of its business, he added, including resin plastics, paper, transport, labour, energy and raw ingredients.

He highlighted how the cost of palm oil — the Anglo-Dutch company uses a million tonnes a year in its Dove soaps and moisturisers — had increased by 82 per cent in two years due to labour shortages in Indonesia. Soya bean oil, used in its Hellmann’s mayonnaise, had risen by two thirds due to poor crop production in Brazil. Labour shortages in Britain, from food processors to HGV drivers, had resulted in significantly higher wages to recruit and retain staff.

Jope said that prices in Britain had risen by about 2 per cent and “we haven’t reached peak inflation yet”. In some emerging markets, Unilever had lifted prices by as much as 10 per cent as extra currency pressures bit

Last night Huw Pill, the Bank of England’s new chief economist, said that inflation was likely to rise “close to or even slightly above 5 per cent” early next year, as he said that the central bank would have a “live” decision on whether to raise interest rates at its November meeting, in an interview with the Financial Times.

Unilever follows the likes of Kraft Heinz, Nestlé and Procter & Gamble in warning of a rise in prices to offset commodity and wage increases. Nestlé said this week that its prices had risen by 2.1 per cent.

A retail source said that the intensely competitive food retail market meant it was hard for supermarkets to pass on higher prices, as shoppers might desert them for the likes of Aldi or Lidl.

Graeme Pitkethly, Unilever’s chief financial officer, said the company was having a “product by product” conversation with European retailers to explain the rising cost of its ingredients.

Unilever’s price rises helped it to offset a 1.5 per cent fall in sales volumes, resulting in underlying sales growth of 2.5 per cent. It said it would meet its margin guidance for the year. Analysts have raised concerns that the company has to restore sales growth momentum instead of relying on price increases.