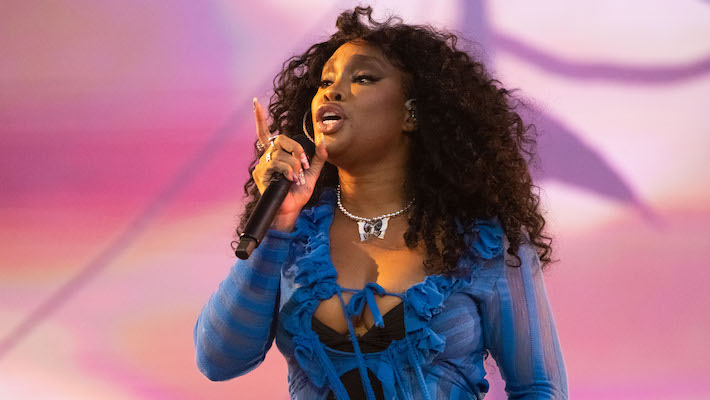 SZA can exhale. During an interview with Rolling Stone last week, she shared that she “never thought in a million years that people would like” SOS, her sophomore album, before its highly hyped December 9 arrival. Well, SOS became her first career No. 1 album last week with 318,000 first-week equivalent album units, per Billboard, and Barack Obama probably contributed to those numbers.

SZA held firm at No. 1 on the new Billboard 200 chart dated December 31 for a second consecutive week. According to the publication’s Luminate data source, SOS netted 180,000 equivalent US album units in the week ending on December 22.

.@sza‘s ‘SOS’ becomes the first album by a black female artist to spend its first two weeks on the Billboard 200 at #1 since @Beyonce‘s ‘Beyoncé’.

This week’s Billboard 200 top five is rounded out by Taylor Swift’s Midnights (No. 2), RM’s Indigo (No. 3), Metro Boomin’s Heroes & Villains (No. 4), and Michael Bublé’s Christmas (No. 5). Drake and 21 Savage’s record-setting Her Loss collaborative album fell out of the top five to No. 6.

#RM‘s ‘Indigo’ becomes the highest charting album by a Korean soloist in Billboard 200 history (US).

SZA will take SOS on the road with opener Omar Apollo for her first-ever arena tour beginning February 21, 2023 in Columbus, Ohio.